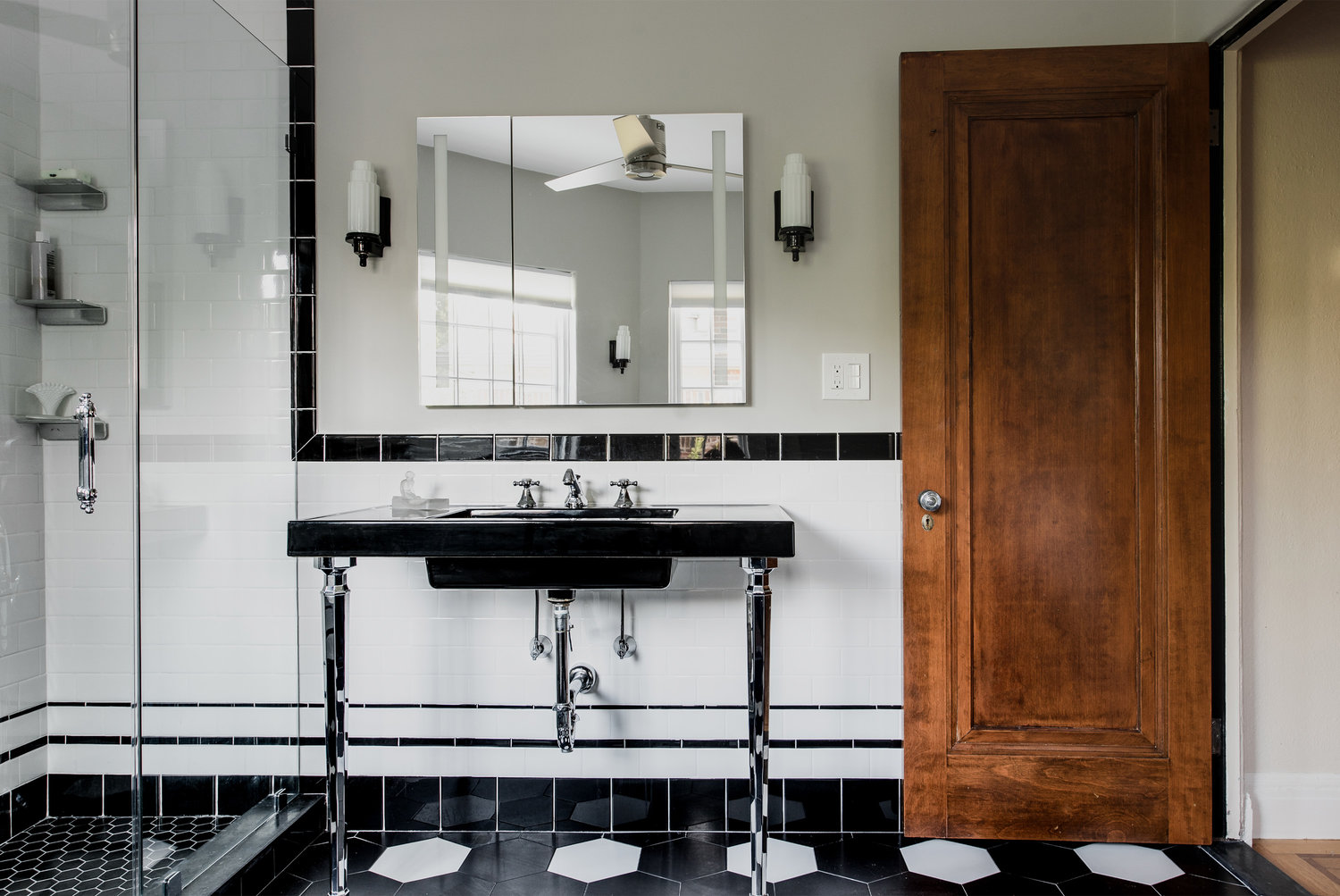 Providence’s East Side is replete with a range of architectural styles. Within a walkable radius, there are extraordinary examples of Mediterranean, Queen Anne, Colonial and more. Among these stately homes is the “Harry and Bess Marshak” house in the Blackstone section, which is best described as a brick Tudor with a twist, known for the unique hood over the front door among other eclectic elements.

“It was built in 1930 by a self-trained architect/builder for himself,” says Teresa King of the plaque house that has been her home since 2003. “Marshak built several others in the neighborhood, often having interesting architectural features. The brickwork on my home has a nautical theme with a ship in the front, an anchor on the side near the chimney, and portholes in the back.”

King recalls that when she took ownership, the interior was filled with “nondescript stuff you would find at Home Depot.” She made it her mission to replace fixtures like lighting with items from the home’s era, often sourced on eBay. “It’s more sustainable, and it fits with my own personal style and values,” she says. “I try to decorate in a way that is mostly timeless.”

When King was ready to make the upstairs bathroom more functional, it was important to her to maintain the original aesthetic. “I live in a historic home in an urban area and my decorating style reflects that.” For her period-appropriate reno, she hired Cypress Design Co., a boutique interior design firm based in East Providence that focuses on kitchens and bathrooms.

King had already purchased and installed Art Deco-style sconces which set the tone. “One of the big goals was to get a larger shower,” says Craig Couture, design manager at Cypress Design Co. “The clients liked the style of the bathroom and wanted to keep it but in an updated way.” A standout feature is the patterned tile work, which conjures images of old Hollywood. Couture and team plotted the layout for each wall using software for the installer to follow. “Cunha Construction, out of East Providence, really executed our design beautifully,” he says.

For the walls, a soft neutral color was selected to introduce a midtone to this otherwise high contrast black and white decor. “It has some warmth that helps to tie in the stained wood doors and introduce a sense of calm,” says Couture.

“I appreciate design that is lasting,” says King, noting a love for antiques – “for their uniqueness, history, and sustainability.”