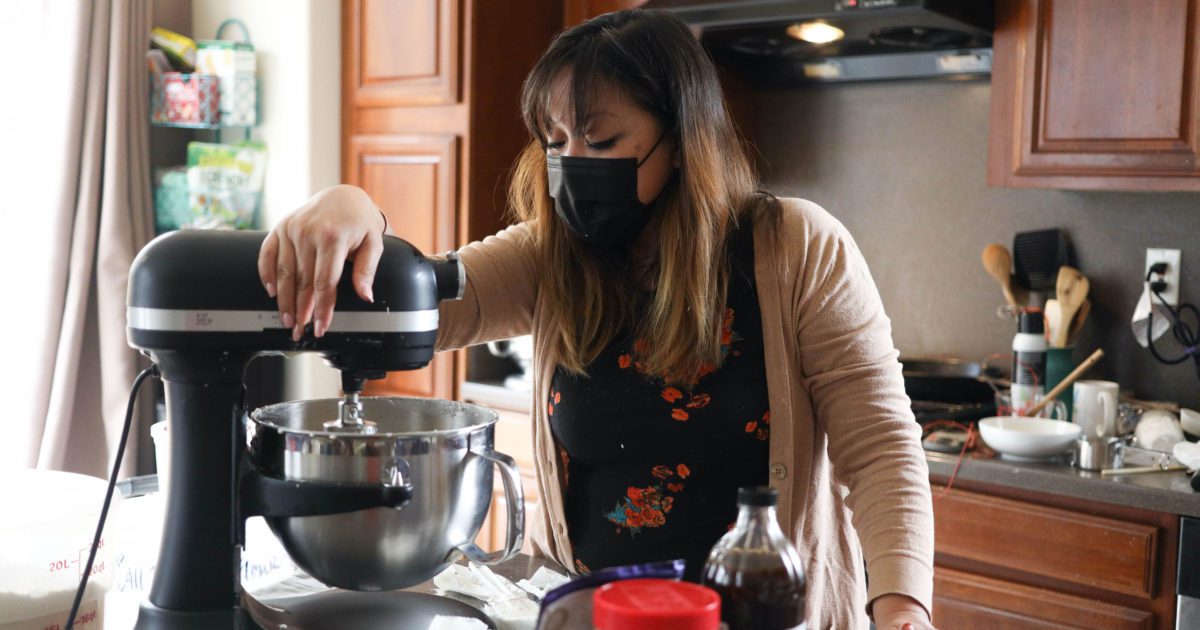 Santa Clara County residents running food businesses out of their kitchens could come out of the shadows, pending a Tuesday Board of Supervisors vote.

The board will consider recommendations to authorize microenterprise home kitchen operations in Santa Clara County. California established a legal framework for this type of business in 2019, allowing home cooks to prep and sell food, including meat and fish. The typical proprietor is a homeowner or renter who makes and sells products on their own. Small home kitchen businesses already operate in Santa Clara County, but the law heavily restricts what ingredients can be used.

If approved, Santa Clara County would authorize a three-year pilot program for microenterprise kitchens that would apply to all 15 cities and unincorporated areas within the county. According to officials, implementing the program would likely require community education and feedback—a process that could take up to a year.

“This is one more action the Board of Supervisors can take to support the smallest businesses in Santa Clara County,” Supervisor Cindy Chavez, who introduced the referral, told San José Spotlight. “The biggest challenge is the size of our county and ensuring there is adequate staff to support these businesses in the safe preparation of this food.”

People who already run small home kitchen operations say this would be a significant game changer for workers in the local food industry, especially those feeling the economic pinch of the pandemic and the increasing cost of living in Silicon Valley.

“I think it would be amazing,” Phuong Quach Fung, who runs a bakery in her San Jose home, told San José Spotlight. She noted San Diego authorized home kitchens in January. “It’s helping a lot of people working blue collar jobs because they’re able to make extra money on the weekends… and it’s teaching the community how to properly serve, store and cook food.”

According to a county report, nine counties and one city—Berkeley—have authorized permanent or temporary home kitchen programs. Roya Bagheri, executive director of Cook Alliance, a nonprofit that supports these home kitchen programs, said San Benito County is considering authorizing a program, and advocates are pushing for them in Santa Cruz County and elsewhere.

Microenterprise kitchens are only allowed to make $50,000 in gross annual sales, whereas cottage food operators can make up to $75,000 or $150,000, depending on the type of permit they get from the county. But the former has a greater range of foods available to cook with—something cottage food operators say is appealing.

“For my business, for example, I’m not allowed to use cream cheese in my butter cream,” Noelle Boesenberg, owner of San Jose-based TherapyBaking, told San José Spotlight. “You can’t have any fresh fruit in there, you can’t have cream or anything that would require refrigeration—that’s another reason why I started doing vegan stuff.”

Food safety is a major concern the board must consider. According to county officials, the California Department of Environmental Health received roughly 164 foodborne illness complaints in 2020, and 233 last year, in Santa Clara County. The county has almost 10,000 permitted food facilities and nearly 2 million residents, so this has not been a prevalent problem in recent years, officials noted.

Dennis King, executive director of the Hispanic Chamber of Commerce Silicon Valley, told San José Spotlight it’s appropriate to set up these kitchens in Santa Clara County. King, who is currently helping the county distribute small COVID-19 relief grants to microbusinesses, said many of these businesses are already operating around the county, but they’re doing so under the radar without regulation or guidance.

“By bringing it out in the open, there’s a much higher probability of security, certainly in terms of food safety, so that would be a lot healthier for the customers as well as the entrepreneurs,” King said.

The Board of Supervisors meets Tuesday at 9:30 a.m. Learn how to watch and participate.

This story will be updated.